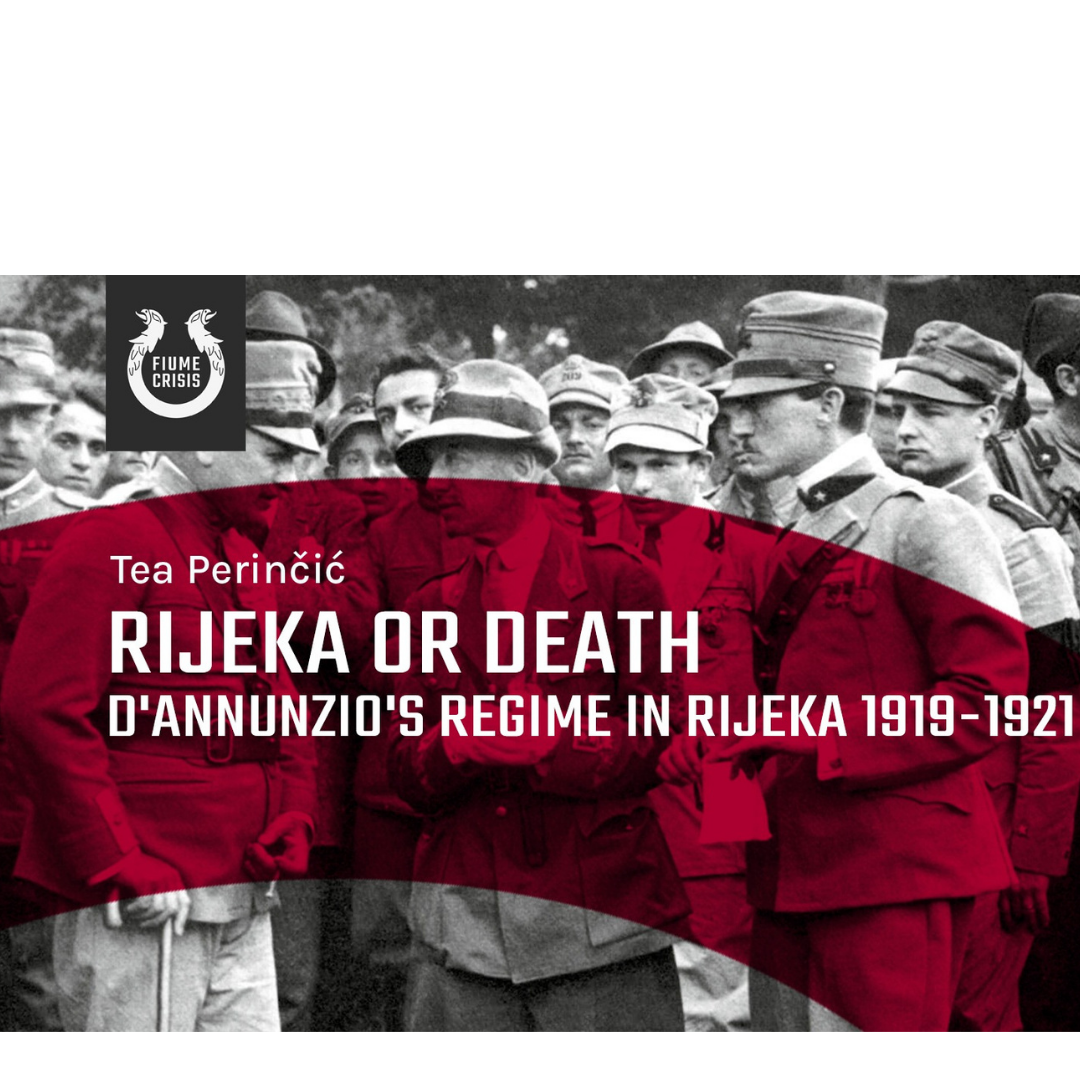 Rijeka or Death - D'Annunzio's regime in Rijeka 1919-1921
A lecture by Tea Perinčić - curator at the Maritime and History Museum of the Croatian Littoral of Rijeka.

After the WWI Austro-Hungarian Monarchy collapsed and the city of Rijeka was a city without state. It was up to Allies to decide the destiny of the city – to become a part of the Kingdom of Italy or a part of the newly established Kingdom of Serbs, Croats and Slovene, or as a third option to be a state city under the international protectorate. The population of the city was nationally mixed and politicly divided amongst those pro-Italian, pro-Yugoslav and autonomous options. To cut this short, Italian National Council of Rijeka invited Gabriele D'Annunzio, famous Italian writer, soldier and adventurist to conquer Rijeka in the name of the Kingdom of Italy, but this was without official consent of the Italian government. When D'Annunzio and his para-military troops arrived to the city the situation became burlesque. There were everlasting parties all around, performances and speeches given by D'Annunzio on the daily basis from the balcony of the Governor's palace (his temporary residence) or on some of the main city's square. On the other side of this shiny coin often presented as world's capital of freedom and progress or hippie before „flower power“ in 1960s, was collapse of Rijeka economy and over present poverty of the citizens politicly divided due to overgrowing nationalism and chauvinism ignited by D'Annunzio's speeches. Everything ended with bloody events of street fights and bombing the city on Christmas 1920 after which D'Annunzio left Rijeka. In spring 1921 there were elections where significant majority of the citizens vote for Riccardo Zanella, representative of the Autonomous party and the Free State of Rijeka was established but under the protectorate of the Kingdom of Italy. It did not last long because a year later local fascists organized coup d’état and Zanella fled to near town of Kraljevica on the territory of the Kingdom of Serbs, Croats and Slovene. In 1924 bilateral border negotiation between Italy and Kingdom of Serbs, Croats and Slovene it was decided that Rijeka became Fiume, a city in the Kingdom of Italy.

The end of a world is the second one in the series of lectures, part of the Fiume Crisis project, talking about the history of Rijeka/Fiume as an independent city state following the First World War and the historical events leading up to it.

The event will take place online, on Zoom.
Registration is required to attend the event.
R.S.V.P at the following link:
https://forms.gle/zGUdQYD4qkKxMgYv9
The lecture will be recorded to be available on other online platforms. However, the Q&A following the lecture will be only available for the live audience.

Fiume Crisis is an educational larp (live-action roleplaying) project ran by three NGOs from three EU countries, Parallel Worlds from Hungary, Terrible Creations from Croatia and Altera Cultura in association with Terre Spezzate from Italy.
The project focuses on creating live-action roleplaying tools, scenarios that use the context of this vibrant and chaotic era to reflect upon our present and to educate about issues of political radicalization, populist rhetorics and propaganda.